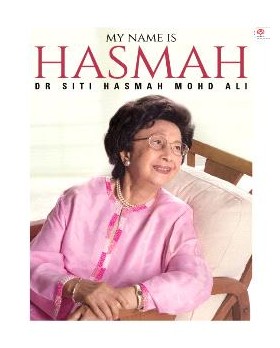 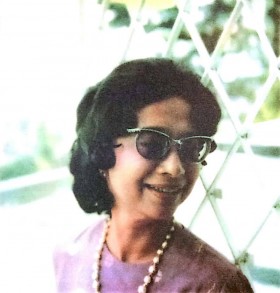 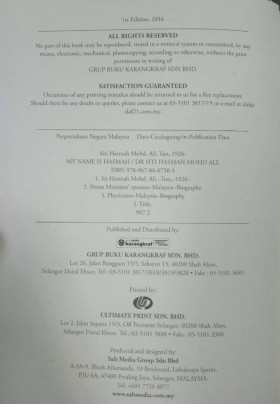 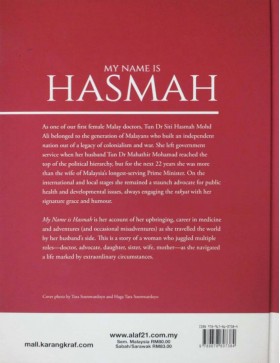 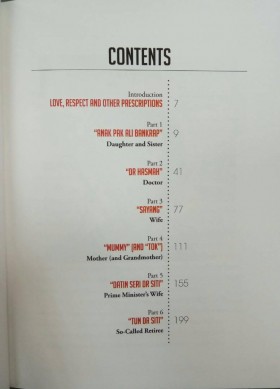 ===========================
Format: Kulit Tebal
ISBN: 9789678607384
Tarikh Terbit: 2016
Jumlah Muka Surat: 244
Berat (Kg): 0.721
Penerbit : Alaf 21 Sdn Bhd
===========================
Sinopsis
Tun Dr Siti Hasmah Binti Mohd Ali is a woman of many esteemed titles and roles, and on the 20th July 2016, her family hosted a tea party to celebrate the launch of her first biography titled My Name is Hasmah. Beloved family members, close friends and notable Malaysians from across industries on the Malaysian landscape gathered to honour her on her 90th birthday. ‘My Name is Hasmah’ is a delightful collective of heartfelt memoirs and archived images garnered across time that document her illustrious life as a mother and wife. Captured within the pages of her book, Tun Dr Siti Hasmah described her evolving role as a woman with a string of words which included entertainer, story teller, cheerleader and defender.

“In the 1950s, being a doctor was really something. People in the medical profession possessed skills that were very much needed in our newly independent nation. In the public eye, the status of a doctor also carried it with a touch of prestige. Like other young people dreaming about the future, I suppose I too would have thought at some point that “Dr Hasmah” had a nice ring to it. In the end, I would be one of the first Malay women to become a doctor and I also went on to have an immensely fulfilling career in public health.”

“These are my ingredients for a long and happy marriage:  #1. trust, #2. constant love and care in good times and bad times, #3. always guarding your spouse’s image and integrity, and doing the same for yourself. #4. sharing of duties as parents. Mahathir and me, over the years. In between the formal moments, we always found time to laugh. This keeps us together.”

As one of our first female Malay doctors, Tun Dr Siti Hasmah Mohd Ali belonged to the generation of Malayans who built an independent nation out of a legacy of colonialism and war. She left government service when her husband Tun Dr Mahathir Mohamad reached the top of the political hierarchy, but for the next 22 years she was more than the wife of Malaysia’s longest-serving Prime Minister. On the international and local stages she remained a staunch advocate for public health and developmental issues, always engaging the rakyat with her signature grace and humour.
My Name is Hasmah is her account of her upbringing, career in medicine and adventures (and occasional misadventures) as she travelled the world by her husband’s side. This is a story of a woman who juggled multiple roles—doctor, advocate, daughter, sister, wife, mother—as she navigated a life marked by extraordinary circumstances. 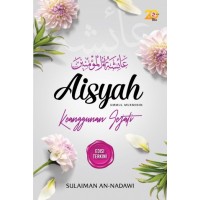 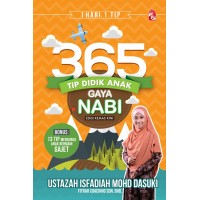 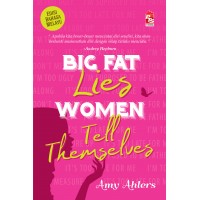 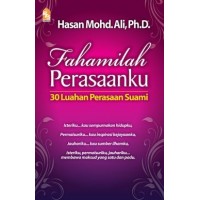 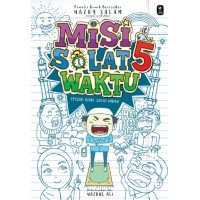 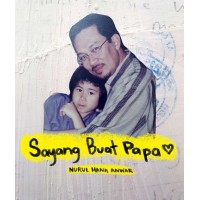 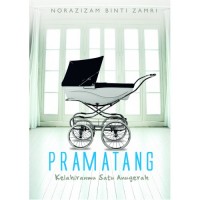 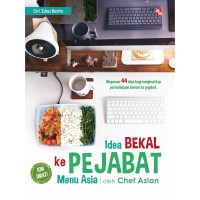 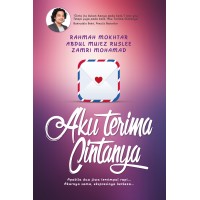