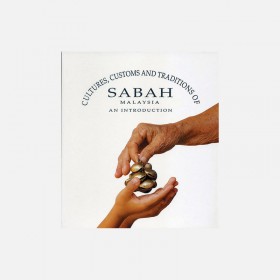 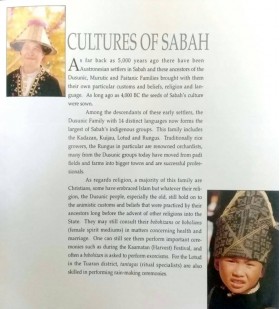 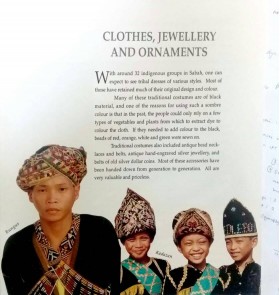 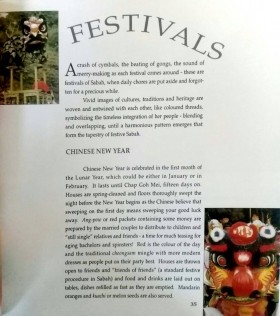 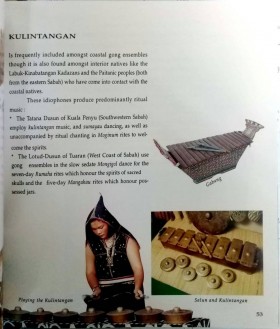 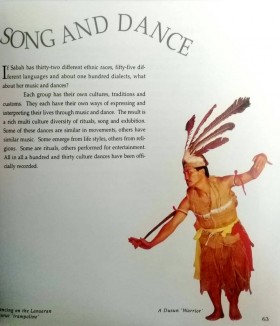 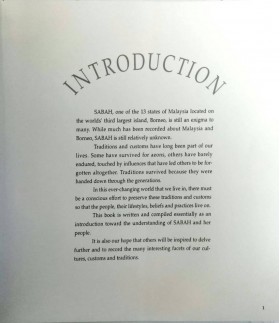 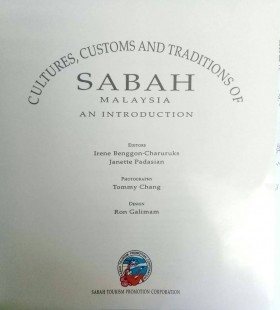 Format: Kulit Nipis
Jenis Kertas : ART PAPER (FULL COLOUR)
ISBN: 9830200000
Tarikh Terbit: 1992
Jumlah Muka Surat: 101
Berat (Kg): 0.462
Penerbit : Sabah Tourism Promotion Corporation
===========================
Synopsis
This boook was edited by Irene Benggon- Charuruks and Janette Padasian. Content of this book is cultures of Sabah, Clothes, jewellery and ornaments, the festivals in Sabah. others, this book contain musical instruments, song and dance, handicraft and traditional cuisine in Sabah. This book is made by art paper and the picture was full colour.
Among the male Rungus communi- ty, the Sigal plays an important part in their social life, worn specially as a headgear during gatherings such as Harvest Festival, welcoming dig nitaries, wedding celebrations and the Magis ceremony (a ritual) and is also worn daily as part of their attire. The Sigal is tied and arranged from a piece of Pis cloth by using the embroidery technique of the Binadan tribe from Kudat. Among the Rungus community, the Pis cloth is known as Tinohian. The motive on the Pis or Tinohian is decorated with a variety of beautiful patterns, inspired by nature. Some of the motives are unduk Kayapoh and Naga.
SABAH, one of the 13 states of Malaysia located on the worlds' third largest island, Borneo, is still an enigma to many. While much has been recorded about Malaysia and Borneo, SABAH is still relatively unknown. Traditions and customs have long been part of our lives. Some have survived for aeons, others have barely endured, touched by influences that have led others to be for gotten altogether. Traditions survived because they were handed down through the generations. In this ever-changing world that we live in, there must be a conscious effort to preserve these traditions and customs so that the people, their lifestyles, beliefs and practices live on. This book is written and compiled essentially as an introduction toward the understanding of SABAH and her people. It is also our hope that others will be inspired to delve further and to record the many interesting facets of our cul tures, customs and traditions.
Penerbit:
Sabah Tourism Promotion Corporation
Format:
Paperback
Halaman:
Hitam Putih
Muka Surat:
101 Muka Surat
Rak:
L24 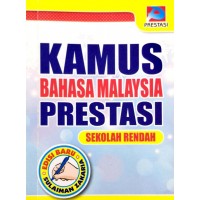 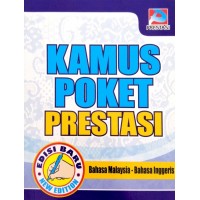 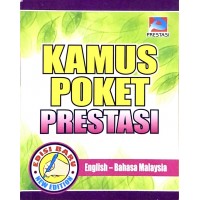 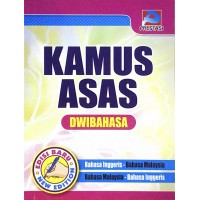 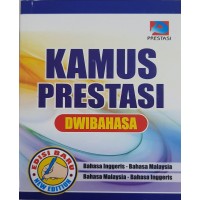 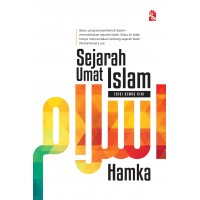 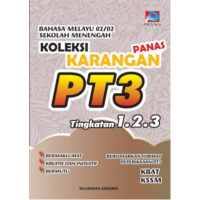 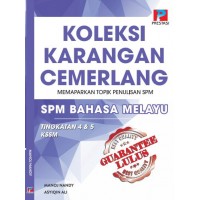 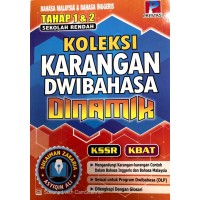 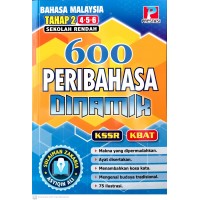